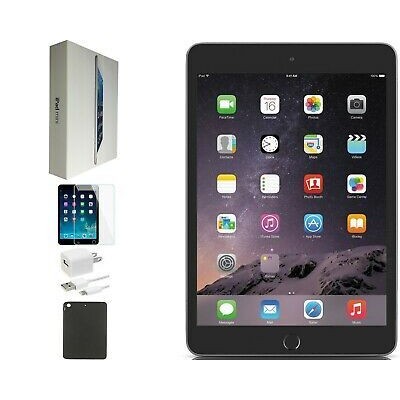 Apple iPad Mini 3 64GB Unlocked Cellular + WiFi Bundle
We may get these back in stock soon. We will alert you first! 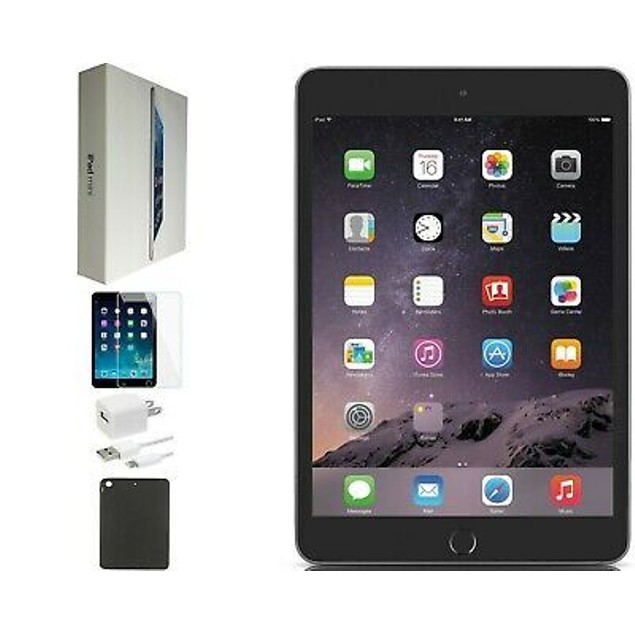 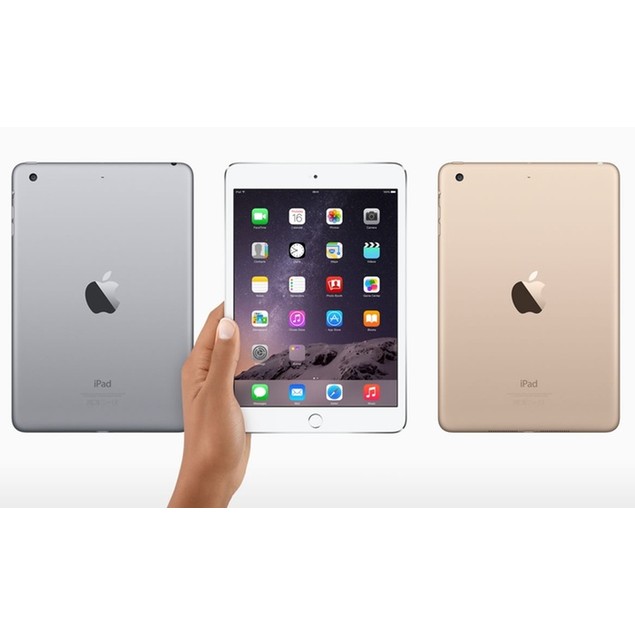 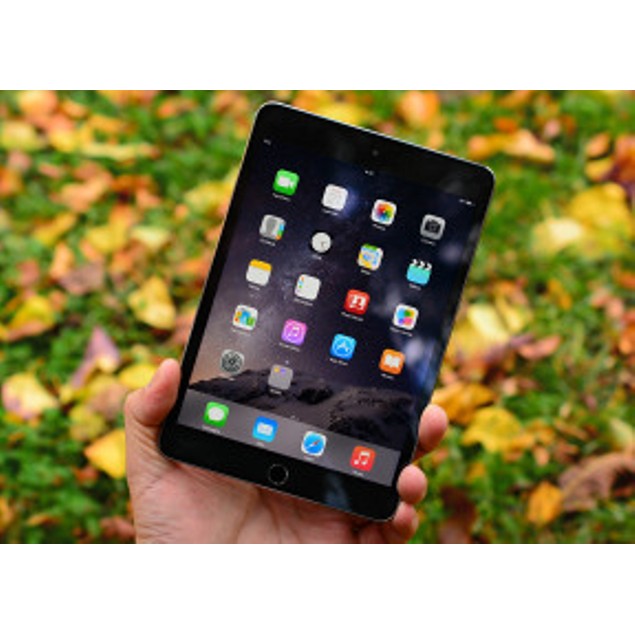 The tablet’s 7.9" Retina Display features a native resolution of 2048 × 1536, showing up to 3.1 million pixels at 326 ppi. The Retina Display’s capacitive touchscreen lets you utilize all the multi-touch gestures of iOS 8.

Retina Display
The Retina Display provides 4 times more pixels and 44% greater color saturation than the iPad 2. Within the 7.9" LED-backlit touchscreen, the 2048 × 1536 native resolution renders text and images at 326 pixels per inch and a total of over 3.1 million pixels. The display also features a fingerprint-resistant oleophobic coating to reduce smudges.

Dual-Core A7 Chip
Thanks to the A7 chip, apps run fast on the iPad mini 3. It also supports OpenGL ES version 3.0, enabling detailed graphics and visual effects once only possible on desktop computers and game consoles. And the A7 chip features 64-bit architecture, opening the door for even more robust and powerful apps.

M7 Coprocessor
The iPad mini was designed to be on the move. That’s why the M7 coprocessor measures motion from your iPad mini by pulling data from the accelerometer, gyroscope, and compass. This allows your apps to give you a better experience based on the movement of your iPad mini. It’s a task that would normally fall to the A7 chip. But M7 is more efficient at it, which saves on power and opens up the A7 chip to focus on other tasks.

Battery Life
The mini 3 gives you up to 10-hour battery life to surf, play, watch, and chat. That’s because the A7 chip isn’t just more powerful, but utilizes low voltage to be more efficient. 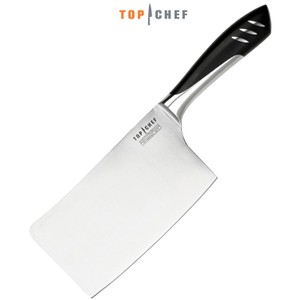 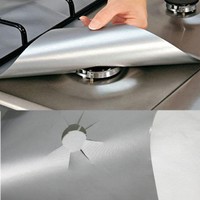 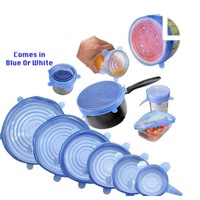 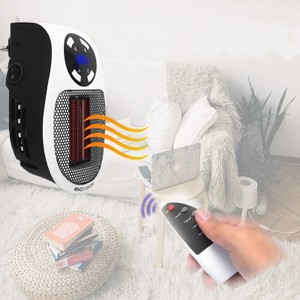 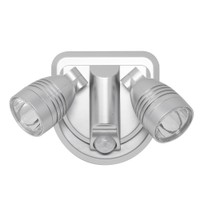 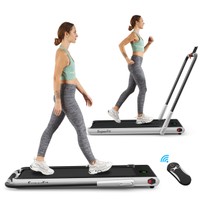 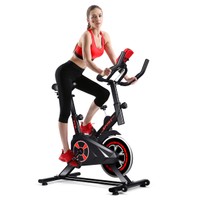